Parking Lot Construction At RecPlex: Please use the North and South entrances to the building and use the service drive on the East side of the building if construction barricades are in place. 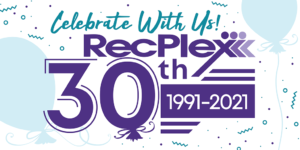 Thirty years ago on September 14, 1991, RecPlex debuted at the site of the former Dempster Junior High. At 93,000 square feet and a cost of ten millions dollars, RecPlex was a “first of its kind” facility. 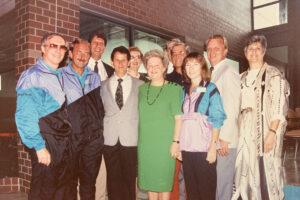 Prior to the RecPlex construction, all inclusive athletic complexes were not commonly seen in parks and recreation. Then Executive Director, Walt Cook, had a vision to consolidate services under one roof while offering four season amenities such as an indoor pool, racquetball courts, triple court gymnasium, dance and meeting rooms and a suspended walking/running track. When complete, the facility won an architectural design award for masonry work and was recognized by many including Illinois Governor, Jim Edgar.

Current Executive Director, Jim Jarog, recalls an “all hands on deck” approach in the final weeks leading up to the Grand Opening. Day and night, staff could be seen hanging pictures and fixtures, polishing floors, posting signage and setting up offices. The inclusive preparation mirrored the team approach that is so pervasive in the Mt. Prospect Park District today.

The Grand Opening was a celebrated affair where VIP’s enjoyed early access to all of the facility amenities. 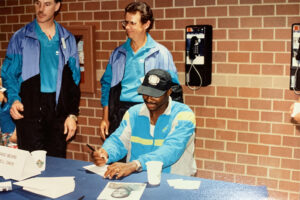 The timeless design of RecPlex still invites and engages patrons. Join us in September as we celebrate its 30th Anniversary! Generations of staff and patrons can attest that while older, RecPlex continues to shine as the District’s primary facility.

Take time this month to visit RecPlex and enjoy the anniversary displays. Stop by the front desk on Tuesday, September 14 for special giveaways. 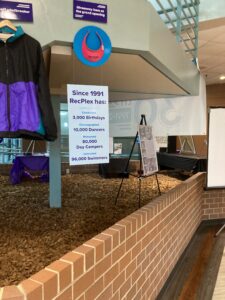 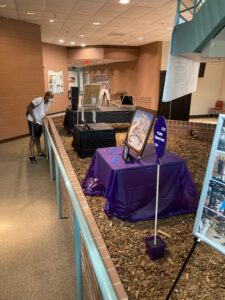