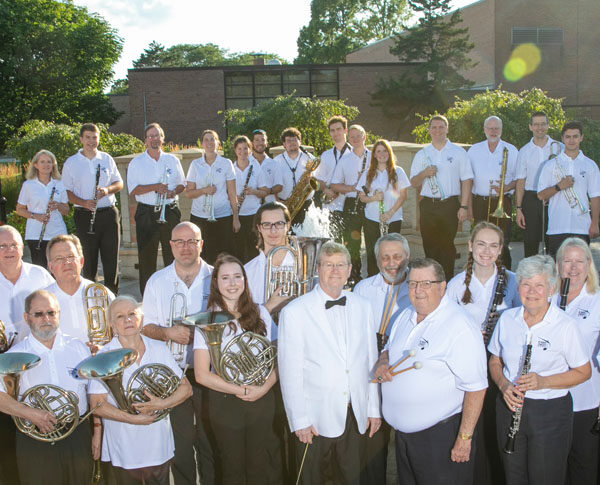 The Mt. Prospect Community Band is a program of the Mt. Prospect Park District. The purpose of the band is to foster and promote the concept of the adult community band. To this end, the band seeks to contribute positively to the musical environment of the community, provide an opportunity for individual musical expression and growth, and maintain the community band’s position in the great American music tradition. 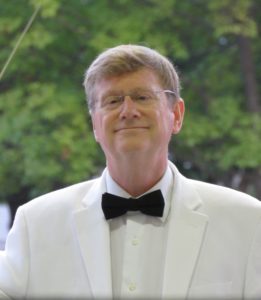 Monty Adams’ professional musical career and experience has spanned over 39 years, including performing with world-renowned artists and conductors.  He was appointed to the position of Music Director of the Mt. Prospect Community Band in December 2015.  Monty is also conductor and music director of the Lakeside Flutes and the Ridgeville Band of Evanston.  He has brought new vitality to both of these volunteer organizations through his vibrant programming and high musical standards.

Monty received a M.M. degree in flute performance from Northwestern University where he was a conducting student of the eminent band director, John Paynter. At Northwestern, Monty was twice awarded the Eckstein Prize and was also the recipient of the Nichols Award for Academic Excellence.

Prior to attending Northwestern, Monty was the principal flutist and soloist with the U.S. Air Force Band and Orchestra in Washington D.C. under the direction of Col. Arnold Gabriel. After returning to Chicago after his enlistment in the Air Force, he performed numerous times as a substitute flutist with the Chicago Symphony Orchestra, even substituting as principal flute at Ravinia and Orchestra Hall concerts. He also performed as a regular member of the several Chicago Symphony chamber ensembles for over 20 consecutive years.

In addition, Monty frequently performs with his wife, harpist Phyllis Adams.  The duo is recognized for their many innovative flute & harp transcriptions, which they have published.  They produced two CDs together, Opera by Request and Universal Peace.   Monty and Phyllis were featured at the 25th National Flute Association convention in Chicago, and their music was featured on NPR’s All Things Considered.  Their recordings are frequently played on leading classical radio stations across the country.

Monty is looking forward to providing a summer of great musical entertainment for the Mt. Prospect community at the Veterans Memorial Band Shell this summer.

Amy Keipert, soprano, is the Director of Choirs at McCracken Middle School in Skokie, where she conducts six choirs and directs the musical theatre productions.  Her work at McCracken earned her recognition as the 2018 recipient of the Barbara Buehlman Young Conductor Award, and in January 2019 one of her choirs was featured in a demonstration performance at the Illinois Music Education Conference.

In addition to teaching, Ms. Keipert is the Associate Conductor and Soprano Section Leader of the Chicago Chamber Choir. She is a frequent vocal soloist with the choir and with many additional ensembles in and around Chicago such as the Antiqua Baroque Consort, the Illinois Brass Band, the Mt. Prospect Community Band, and the St. Luke Bach Cantata Series. Also an avid musical theatre performer, recent roles include Sarah (Guys and Dolls), Marian (The Music Man), and Cinderella (Into the Woods).

This a free holiday concert!

This a free holiday concert!